Laos is the most ethnically diverse country in continental Southeast Asia, and its government recognizes 160 ethnic subgroups within 49 ethnic groups. Although Laos voted in favor of the adoption of the UN Declaration on the Rights of Indigenous Peoples, all ethnic groups have the same status in the country, and the concept of indigenous peoples is not recognized by the government.

Laos has ratified the ICERD (1974) and the ICCPR (2009). However, the government severely restricts fundamental rights, including freedom of expression (the media), association, assembly and religion, and civil society is tightly controlled.

Laos has a population of 6.8 million people. The Lao ethnic group, which represents about half of the population, and they dominate the country economically and culturally. However, there are areas where the number of ethnic groups exceeds that of Laos and where their culture is prominent.

There are four ethnolinguistic families in Laos. The Lao-Tai speaking groups represent two-thirds of the population, and the other third have languages that belong to the Mon-Khmer, Sino-Tibetan and Hmong-Ew-Hmien families and are considered as the indigenous peoples of Laos.

Main challenges for the indigenous peoples of Laos

Indigenous peoples are the most vulnerable group in Laos, which represents 93% of the country's poor. They face territorial, economic, cultural and political pressures and are experiencing various threats to their livelihoods. Their lands and resources are increasingly pressured by government development policies favourable to investment and the commercial exploitation of natural resources.

Land rights are one of the main struggles faced by indigenous peoples in Laos. The vast majority of customary lands (forests, agricultural areas, fisheries) in the hands of indigenous peoples are not formally recognized or titled, and the inadequate legal recognition and protection of customary lands make them vulnerable to appropriation by the state and private actors.

Laos is on a dam-building spree as they try to harness the power of the Mekong and other rivers. While the Lao government sees energy generation as a way to boost the country's economy, the projects are still controversial because of their environmental impacts and financial agreements.

Possible progress for the indigenous peoples of Laos

A positive achievement in relation to land rights in 2017 was the enactment of the recently amended Investment Promotion Law. This law has halved the maximum investment period for new concession projects to 50 years, compared to the previous maximum period of 99 years. The new law is expected to improve the clarity and ease of doing business in the country.

Despite the lack of recognition of collective lands in the national regulatory framework, some projects have successfully carried out participatory land use planning (PLUP) in several areas of the country to secure communal land and access to forests, fallows and natural resources.

With a population of just over 7 million,[1] Laos, officially the Lao People’s Democratic Republic or Lao PDR, is one of the most ethnically diverse countries in mainland Southeast Asia. The ethnic Lao, comprising around half of the population, dominate the country economically and culturally. There are, however, some provinces and districts where the number of Indigenous people exceeds that of the Lao and where their culture is prominent. There are four ethnolinguistic families in Laos; Lao-Tai language-speaking groups represent two-thirds of the population. The other third speaks languages belonging to the Mon-Khmer, Sino-Tibetan and Hmong-Ew-Hmien families and these are considered to be the Indigenous Peoples of Laos. Officially, all ethnic groups have equal status in Laos, and the concept of Indigenous Peoples is not recognised by the government, despite the fact that Laos voted in favour of adopting the UN Declaration on the Rights of Indigenous Peoples. The Lao government uses the term ethnic group to refer to Indigenous people.

In a recent research report launched on October 20 anthropologist Steeve Daviau examines how well the international aid community in Laos has done in ensuring that their workplaces are diverse and representative of the many ethnic groups in the country.

The overall goal of the research is to assist aid organizations in Laos to critically assess and improve their stated values, attitudes and actual progress in becoming inclusive and diverse workplaces, to better serve and represent the interests of indigenous people and communities. 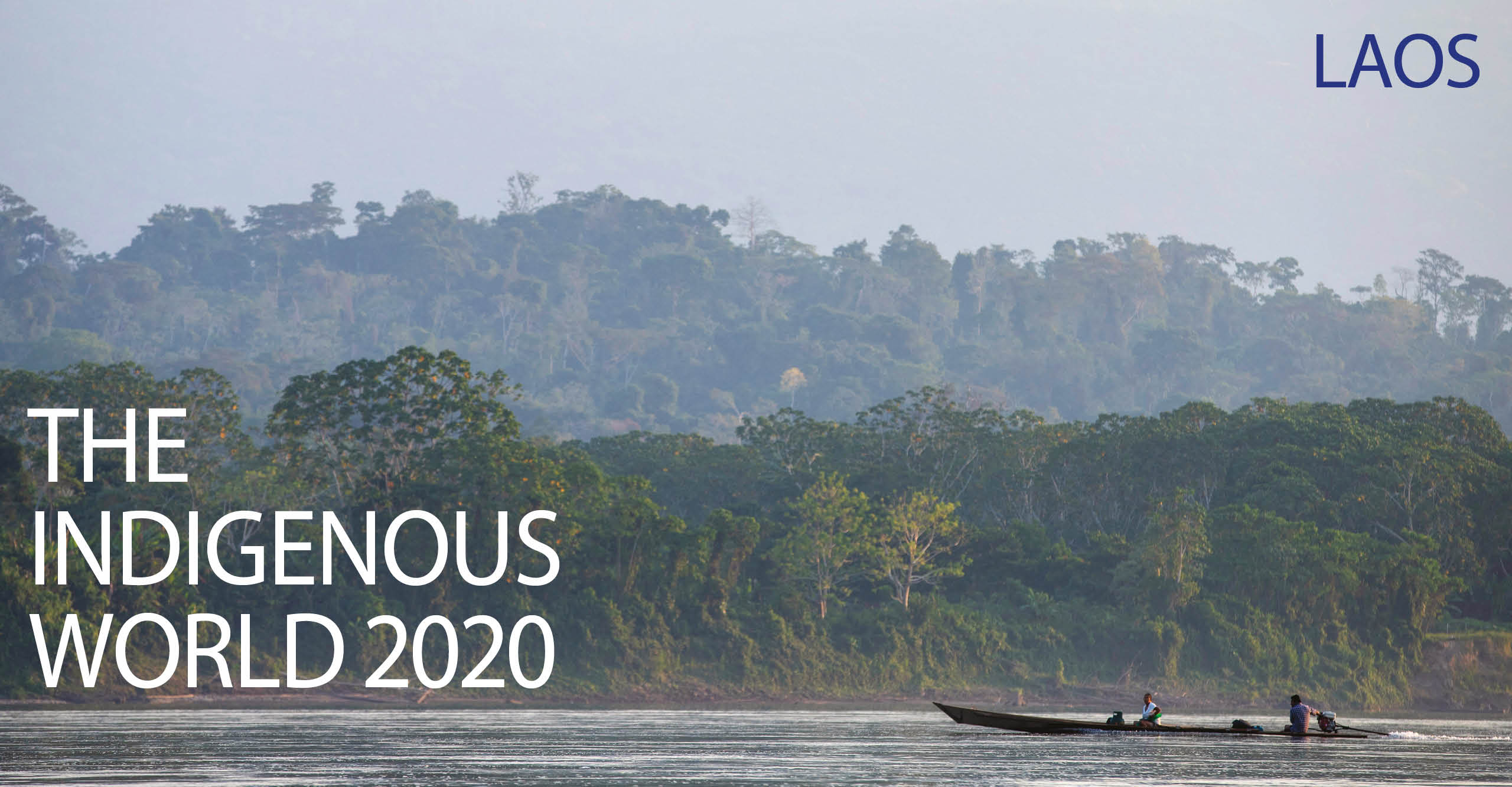 With a population of just over 7 million,1,2 Laos – Lao People’s Democratic Republic (PDR) – is the most ethnically diverse country in mainland Southeast Asia. The ethnic Lao, comprising around half of the population, dominate the country economically and culturally. There are, however, some provinces and districts where the number of Indigenous people exceeds that of the Lao and where their culture is prominent.