There are 4 million Indigenous Peoples in Peru, who are comprised of 55 groups speaking 47 languages. Peru voted in favour of the UN Declaration on the Rights of Indigenous Peoples in 2007 and has ratified ILO Convention 169. However, the country’s indigenous population are still struggling with extractive activities, such as oil spills and oil palm cultivation, on their territory.

According to the 2007 Census, Peru’s population includes more than 4 million Indigenous Persons, of whom 83.11% are Quechua, 10.92% Aymara, 1.67% Ashaninka, and 4.31% belong to other Amazonian Indigenous Peoples. The Database of Indigenous or Original Peoples notes the existence in the country of 55 Indigenous Peoples who speak 47 indigenous languages.

21% of Peru’s territory consists of mining concessions, which are superimposed upon 47.8% of the territory of peasant communities. Similarly, 75% of the Peruvian Amazon is covered by oil and gas concessions.

Peru’s Constitution stipulates that the official languages are Spanish and, in areas where they are predominant, Quechua, Aymara and other aboriginal languages. According to the Ministry of Culture, there are 47 indigenous and native languages in the country. Almost 3.4 million people speak Quechua and 0.5 million Aymara. Both languages are predominant in the Coastal Andes area.

Extractive activities, such as oil spills and oil palm cultivation, and climate change, such as drought and forest fires, are the main threats to native communities and the huge variety of ecosystems and a great wealth of natural resources in Peru.

Currently, 21% of Peru’s territory consists of mining concessions, which are superimposed upon 47.8% of the territory of peasant communities. Similarly, 75% of the Peruvian Amazon is covered by oil and gas concessions.This overlapping of rights to communal territories, the enormous pressure being exerted by the extractive industries, the lack of territorial cohesion and absence of effective prior consultation are all exacerbating territorial and socio-environmental conflicts in Peru.

Watch how the road expansion into the Madre de Dios region in Peru and the following invasion of illegal loggers, miners and plantations is affecting Indigenous Peoples living in the area as the deforestation and pollution are destroying their traditional way of living.

Despite the fact that indigenous peoples have not been at the heart of public debate recently, some encouraging news came in 2016 the form of the consolidation of the Autonomous Territorial Government of the Wampis Nation (GTANW). The project first saw the light of day in November 2015 with a collective demonstration for autonomy from the Peruvian state on the part of the Wampis people. The Wampis nation achieved jurisdictional sovereignty over their territory of 1,300,000 hectares of land located in the Loreto and Amazonas regions, which they are protecting from outside interest in their natural resources.

The case formed a milestone in indigenous sovereignty as the constitution of this autonomous government forces the Peruvian state to recognise their independence within their own territorial boundaries. Now, the Kandozi and Chapra peoples have announced similar plans.

The surprising link between the fight against drugs, land dispossession and attacks on Indigenous rights defenders in Peru

Arbildo Meléndez Grandes was killed while out hunting and fishing to provide for his family. Photo: Aidesep.

Despite its function being to fight drug trafficking, the National Commission for Development and Life without Drugs (DEVIDA) has been financing the titling of lands claimed by Indigenous People in favour of individuals who indiscriminately cut down forests and practice illegal agriculture. Far from providing a response, the public body denies all responsibility, instead of shifting it onto regional governments. Meanwhile, attacks on Indigenous leaders and harassment of Amazonian communities are mounting. 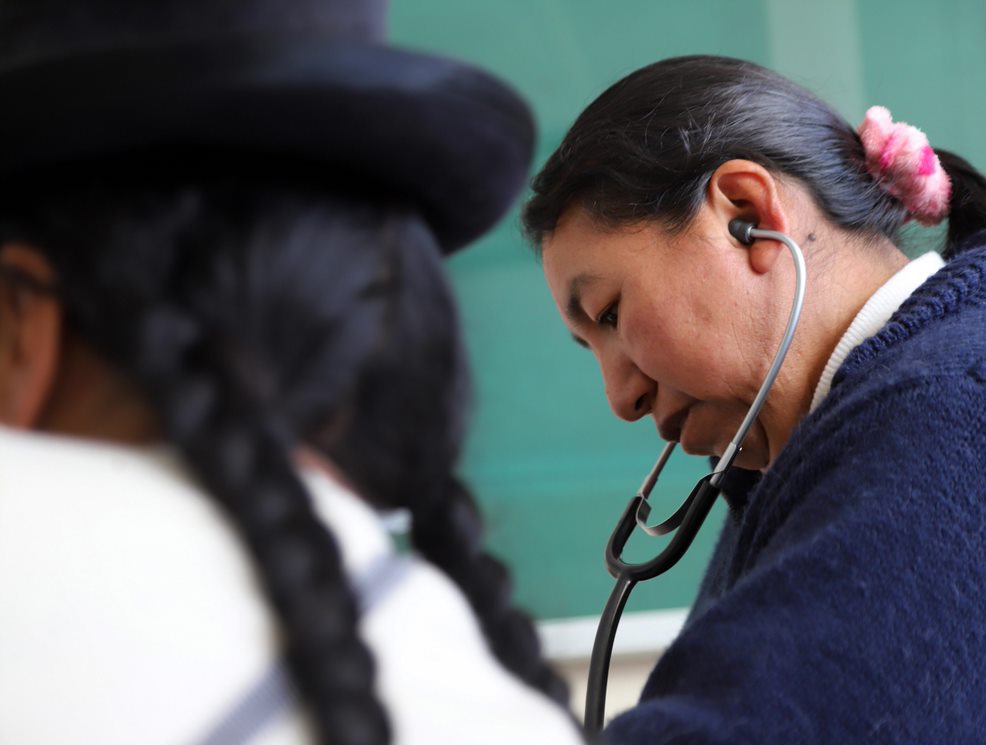 Intensified injustice in light of COVID-19: Perspectives from a Peruvian Indigenous women’s organisation

Our partners at ONAMIAP (Organización Nacional de Mujeres Indígenas Andinas y Amazónicas del Perú/National Organisation of Andean and Amazon Indigenous Women of Peru) have taken a proactive stance in responding to major issues and challenges raised by the emergence of the COVID-19 pandemic.

The Wampis Nation - the first indigenous autonomous government in Peru

Indigenous peoples in the Peruvian Amazon have united and created the Wampis Nation – an autonomous territorial government – in order to defend their livelihood from the increasing pressure from extractive industries. Their autonomous government covers nearly an area the size of one-third of the Netherlands and more than 15,000 people are part of this one-of-a-kind initiative.

According to the 2007 Census, there are more than four million Indigenous persons in Perú: 83.11% Quechuas, 10.92% Aymaras, 1.67% Asháninkas and 4.31% belonging to other Amazonian Indigenous Peoples. The Database of Indigenous or Native Peoples (BDPI) notes the existence of 55 Indigenous Peoples at present, who speak 47 Indigenous languages in the country.

According to the 2007 Census, Peru’s population includes more than 4 million indigenous persons, of whom 83.11% are Quechua, 10.92% Aymara, 1.67% Ashaninka and 4.31% belong to other Amazonian indigenous peoples. The Database of Indigenous or Original Peoples notes the existence in the country of 55 indigenous peoples at present, who speak 47 indigenous languages.

New documentary: UCHUNYA Where Will We Live?

A new short video looks at the impacts of deforestation and aggressive palm oil expansion on the Shipibo community of Santa Clara de Uchunya in the Peruvian Amazon. The video, based on community testimonies, tells the story of how Plantaciones de Pucallpa S.A.C., a member of a group of companies controlled by businessman Dennis Melka, acquired and subsequently deforested over 5,000 hectares of the community’s ancestral forests from 2012 onwards.